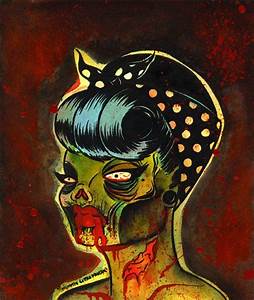 A small ritual is needed to rid myself of all the energies I have been carrying. A cleansing if you like, to signal a new start.

Here’s the truth. I am too nice, understanding and all that crap. If I took half the energy and passion I have on stage and when writing music, applied it to my career…I would not be in South Africa. I was asked a few nights ago why I allow others to put their needs ahead of mine. ‘I do that for people I care about, ‘ was my response. Yet, the truth is I do that in every aspect of my life. I am too busy rescuing other people when I am drowning.

Everything is energy. The words we use, the thoughts and our actions are a manifestation of all that. I spend too much time thinking about the Ben Harper experience, as though there isn’t more I want to achieve and experience. I need to think bigger. For example, what other artist would I like to work with?  It’s a Scorpio trait – we get stuck in a way of being or doing. Yet the truth is what I have I have done until now is not enough. Time to shake shit up!

I need balance and right now I don’t have it. Unlike other musicians who have no life because their careers are so busy, I have too much life. Music has become a by product. This is not why I sacrificed so much dammit. So my focus and drive needs one hell of a boost. I cannot do this alone and need a team behind me. It’s time I actively started looking and knowing I will find what I desire. Not what I need. I always have what I need.

I am asking myself what the hell happened to all the ambitious bones in my body! I decided to do a little thought experiment on the long road. I drove a bit faster than I usually do in my small car. I won’t lie, I like taking my time. An hour before I said, as another little thought experiment, ‘I want to see a blue car…’ Simple enough right? Unlike other people there are certain numbers that keep appearing to me. It’s not 11, the grand number ( or so they say) but 911. This use to freak out until a friend said, ‘Oh, like the Porsh!’ Yes, bladdy hell. So I drove faster and my little car shook a bit. She is not use to be driven so hard and fast. Yet, after a while we were enjoying the road like a boss. And just as I relaxed at the new high speed….a Porsh 911…in blue passed!

I need to demand more of myself and others. It is that simple. I am more than enough bladdy hell. As a musician and a woman. Hence, the ritual to release and cleanse. No more emotional rescuing crap and less of Mr Harper.

I need to put myself first. Yeah, unlearn a lifetime of behaving badly. Aside from my career I need to stop lying to myself. I realized how closed off I am to men. Sure, as a friend and confessor I am there, but not as anything more. It is time I actively started inviting male energy into my life. That’s part of the balance I require. Reciprocal exchange of emotional and sexual energy. As both feed into the music.

Yes. That’s the plan. Time to look at the new album with greater clarity. Money is not an issue as I have accomplished a great deal with nothing in my account. So that is no excuse. Gods, I am giving myself a stern talking to here! Well, at least I have a plan.

Expend energy where it is reciprocated, cut off the energy vampires. And try to sleep before….1am. Okay, Rome wasn’t built in a day. Aside from the conditioning I need to undo…my sleep patterns can stay for a while. As long as I am more aggressive and focused in how I execute my master plan.