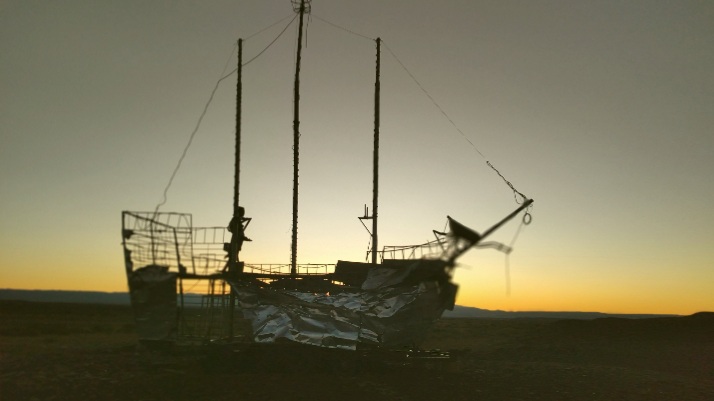 People come across my site when searching for….Afrika Burn. Afrika Burn Nude. Afrika Burn sex. That’s really so silly!  If you ever attended the AB, you can be certain that many people were naked and having sex…somewhere in the desert! After a while the nudity normalizes and becomes ‘just another something else’ in the dust.

Our camp was in close proximity to The Birthday Suits, where people lined up to have a shower. Some naked, others partially clothed.  That’s just the way of it. I heard there were sex tents….somewhere. After vowing to at least locate it for a certain family member….it slipped my mind completely in the end!

I was proud of myself for exploring alone. Meeting people. Initiating conversations. And dancing at different camps. I ended up meeting a Tinder date who was also attending the Burn a week later, even though I knew his general camp location and he mine. There just was not enough time (even though I stayed  for more than a week). We had hella fun stories to exchange afterwards though!

…..still I am enjoying the sound of the rain right now…. and being home….in my pajamas the entire day if the mood hits.