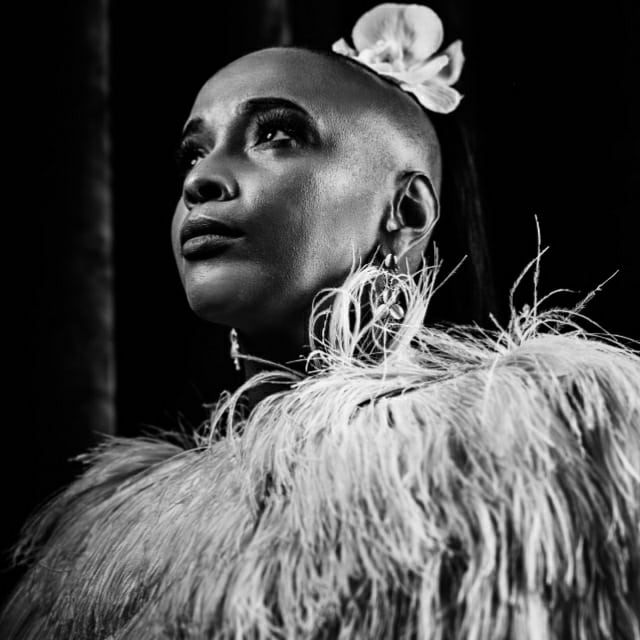 A frank review of our Being Humam performance in June 2021, by Garth Meyer…

I was seeing a concert after two years. Auriol Hays stepped on stage as the voice over from the movie  Call me by Your Name played. It was as if her intent was to heal us and tell us it was okay. One of the songs interwoven into her own song was Shapeshifters followed by  by the Cranberries singing Zombie.  Auriol kept intensely repeating the lyric “It’s all in our heads”. It is all in our heads – the fear, the anxiety and the not knowing. I have never seen the subtext of songs so clearly demonstrated to me; I have never listened to every word and understood the political undertone of the narration.

Auriol’s performance merged four of her original songs seamlessly between voice overs from great films and songs from some of the greatest female struggle singers. Something blues, something black, something white, something coloured – she is an acid jazz singer. A hybrid of style and talent created by a global mixture of culture.

For art is a political act that lies in the liminal spaces and does not poetry and music sit at the highest wrung. A gritty raw, outrageous vocal performance that screamed at the outrage of gender, race and queer subjugation by hierarchal powers.