New Writing from my book 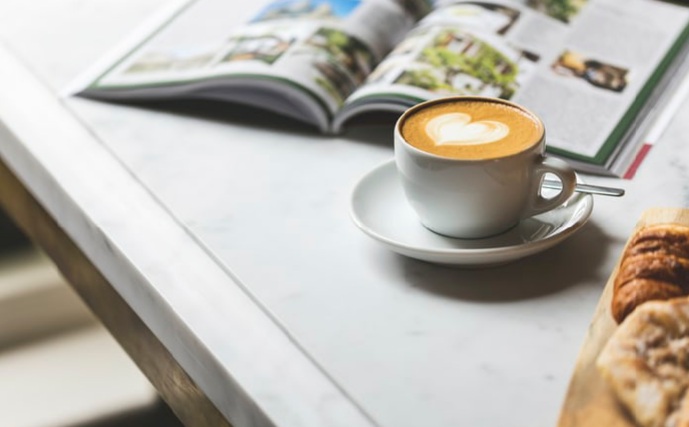 A small something-something from the slave book I am working on. I like this character named Saul. Bits are written in Afrikaans with the English translation underneath. I took all kinds of liberties even with the Afrikaans. Read if you like. It is odd how my writing and music intersects. In case you are wondering…the writing came first and then the Music.

Although some, mostly British, would argue that all slaves were treacherous and trying to do their masters in, Saul was the only one out to prove them right. He was known as the man who could get  what you needed as soon as you were desperate enough. He traded with everyone and in any currency even though, technically, it was unheard of for a slave to own as much as Saul did. Some called him “Saul die smous”. (Saul the hawker, trader in all things legal, illegal and downright dangerous). He was always busy with a swindle of some kind and never seemed to care whether he played it on a slave or their masters. In fact, he was only aware of one thing – what a man needed most and what he was willing to pay, trade or sacrifice. From the front, from the side, even while half drunk. Saul saw things many  missed and his mind raced with ideas.  Ideas to make money or cause a little bit of trouble or great inconvenience.

the one and only good thing i got from my mother were my eyes and mind. i can use them to my benefit, and my legs are strong….all three of them. Just ask Siena about the other night and she will vouch for me!

He was always watching, waiting for a gap he could crawl, slide or break into. However, this was not always the case.  What good would it do to look back at the past eh? Sometimes hope can kill you and Saul came close to dead a few times.

Gariep tells every new man and woman on the farm, the day will come when your eyes must really open and when will have nothing worthwhile looking at.  It was during those terrible days, when he could not move, his entire body aching tied to the cold hard floor, the blood black and his skin torn, when his eyes opened and closed like Gariep said. In that second, he made a decision.  It was his first big decision. The second would come later, but it is best not to rush.

Not a very Christian like decision, but then again Saul lost faith in any kind of god or man, years ago.  He would live for money (or take it if he could), women (the same rule applied, he was not fussy) and wine (only the good stuff). In fact, he was determined to die drunk in between the legs of a woman who had enough skin and bones he could hold on to for the ride.  While Saul appeared to be very jovial beneath his good humour, he harboured bitter thoughts. And he didn’t always keep it to himself either.

i keep telling Gariep that the day will come when his stories won’t work anymore. you are only as good or bad as you act. that must mean that I am rather bad by everyone’s standards. i am a fighter, I like money, fucking women and wine.  i do not care about fancy stories either. All I know is that I am Saul, and Saul is a slave.

Often Saul heard Susaana, the house cook, singing her made up church songs. He looked at her with amazement or disgust, depending on his mood. Even though it was impossible for anyone to dislike Susaana. She was the best in the kitchen and everyone in the district knew it. Did she see any of the money?  Of course not. However, she would argue that her blessings come  in other ways. Everyone loved being around her. Perhaps it was her round face and equally round body. Or her shy smile and kindness. Or maybe, just maybe, thought Saul, it was the fact that she was easy to be around and never asked too many questions. Saul sometimes found himself humming one of her songs.  He could not risk anyone thinking he believed in a God!

I would have poisoned the Baas and his bitch of a wife a long time ago if I were the one making their food. why are you so nice hmm? why not make them sick at least once every second month? tell me what you need and I will get it for you

On particularly cold nights when the Baas was not around and the bottle was, Saul talked about escaping. He knew people, had money, connections….it was possible.  Everyone got tired of all his mad talks of escape, but no one dared say a word. Saul was known to be very generous. Pretending was just easier and kept the conversation and wine flowing. Gariep smiled as Saul ranted.

Saul could have been a preacher. he knows how to speak to people, he has a way. but a man who believes in nothing is dangerous.