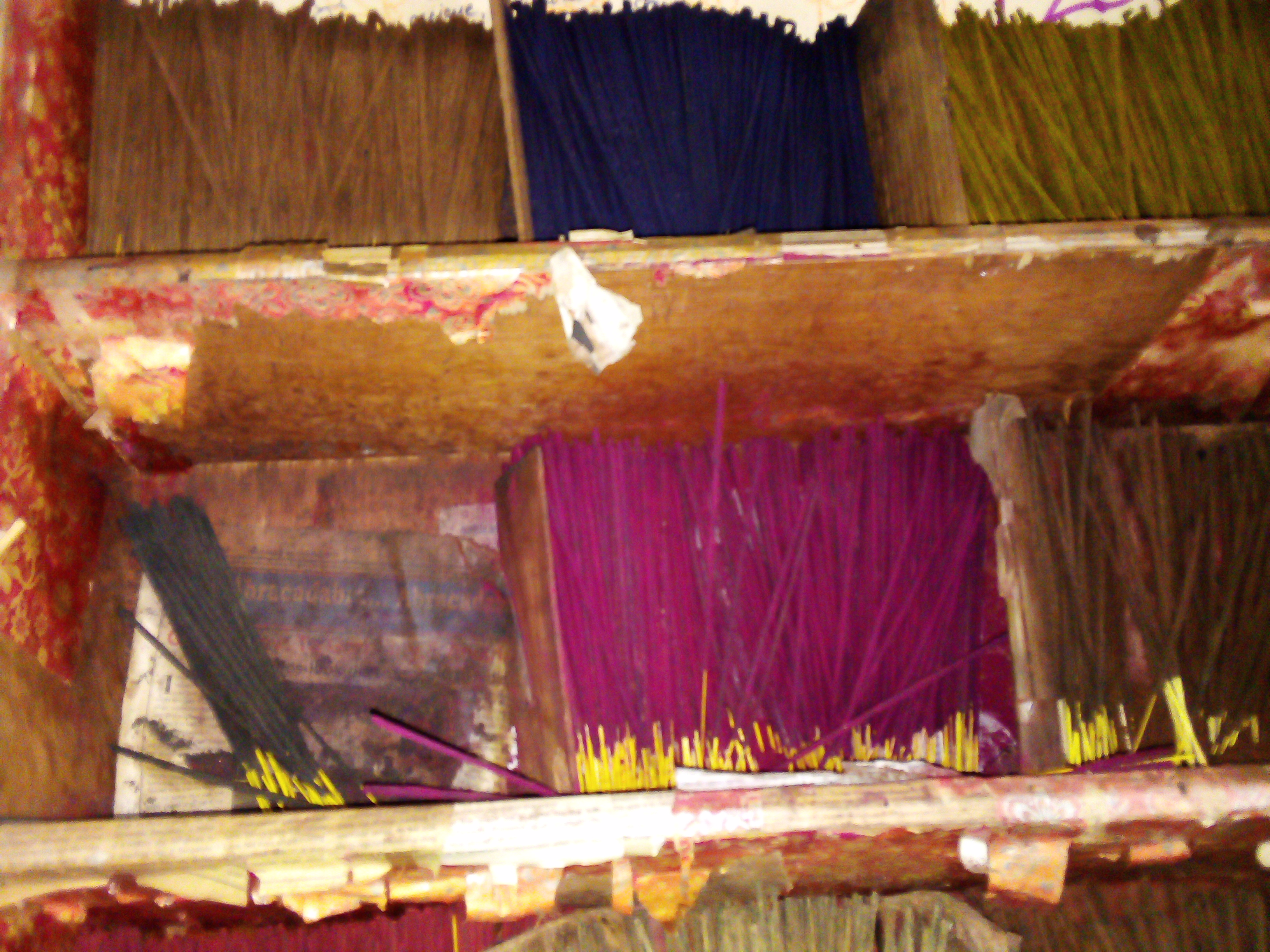 Look, I blame the music video director for this. ‘Auriol, my girl…go and explore by yourself…’  I didn’t like the first solo adventure as much, I will be honest. Mostly because I ended up being harassed by some dude selling flutes, playing the Titanic song while I was visiting the cathedral.Now I am stuck with a stupid flute I don’t know who to give to as a gift. 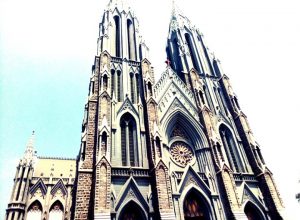 Anyhoo, today was different. Off I went, determined to visit the Ganesh temple down the road. Of course I stepped into a shop along the way and that’s where the trouble started. I spoke to a driver who took it upon himself to drive me wherever I wanted to go. ‘Let me take you to a factory where incense is made’ he said. In my mind I was thinking a big old factory filled with people working. Hell no. He took me down small, narrow streets; to parts of the city I have not seen before. Down a small alleyway we drove until we stopped and I met the owner of the factory.

On the floor was a beautiful woman rolling incense. He explained wonderfully the process and asked if I would like to try my hand at it. No, I said. He then ushered me into a small room. The walls a faded yellow and a big lotus flower littered with grafitti and people sprawling their thought. Some silly, profound and downright funny.

‘ Sit down and have some tea with me…’ This man might as well have been seated on a throne. He sat and spoke with not only confidence but with such lyricism. We drank tea and upon hearing I am a musician put some peppermint oil in my tea…for my voice of course. Next to him was an assortment of glass vials all filled with oil. As we spoke he gently reached for my hand and dabbed some oil on my skin. ‘Now this, if you have a boyfriend,  place two drops on your nipples, if you want to drive him wild….’ I giggled a bit as he was so charming and eloquent. And I do have a thing for men who can string sentences together with ease, I admit. I  only really understood when I got home and the oils settled on my skin. Goddamn! I smell so good, I thought. Maybe I should go back and get that oil after all…just in case you know! 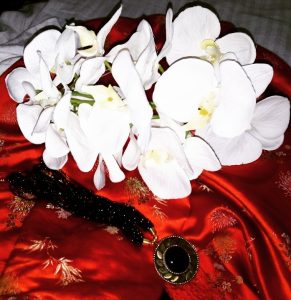 I then informed my friends of my little adventure when home. ‘Silk…’ said my one brother in arms. ‘Does this one place look like this…’ He then described exactly where I was a few minutes ago. Yes, I said excitedly and whipped out my phone to show him photographic evidence. Turns out I found myself at a spot where the dealers gather to sell…things people need but can’t easily get unless they know someone who knows someone! ‘Only you would find yourself there on the first go. Good work Silk!’ said my friend. PS, that’s his nickname for me. Silk and Gravel – describes my voice he says. 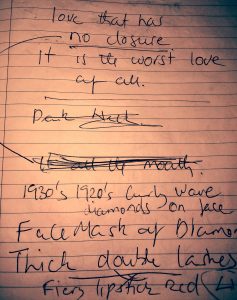 Funny thing though….while I had oil dabbed on almost every spot on my arms and hands, I never felt unsafe. We spoke about Burning Man – that he attended and loved.  The black musk oil came in very handy he said, with a naughty twinkle in his eye!  I advised him to find my friends at Afrika Burn this year and tell them I sent him!

I love travelling and meeting people. Regardless of what they do or who they are. And sure, I get stared at because I am black and half my head is shaven. You should have seen the looks of got when I walked off set with my face and head inked! The makeup from the shoot did not do me any favors on that day I swear… 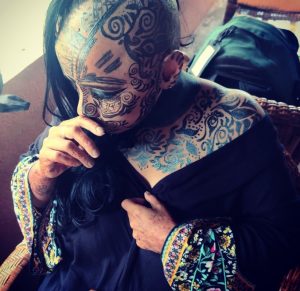 I love this place and will miss every bit of it when I leave. Still, I am deeply grateful for the beauty and grace of this country and its people. It was more than I could have hoped for. I can’t wait to discover more people and places. All this excitement…without a single note of music. Perhaps that’s because everything here is music, and I feel so in tune with where I am.

Life keeps surprising and that is one glorious  bladdy feeling….