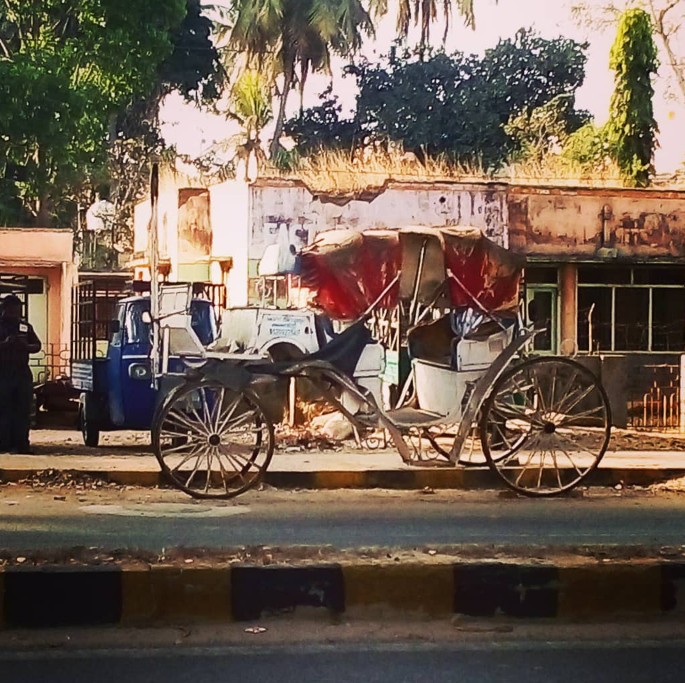 It’s the lushness I enjoy most about India. The lush and the edges that bite and sting. It’s a strange sensation, being engulfed by a cacophony of sounds, smells, colors; the air rich with the hearts of a people glistening in every ray of light. Yet, despite the busyness,  quiet calm fills the air. If one had to stretch truth a tad bit, one could say that’s it’s as though everyone knows other planes of existence exist simultaneously. And while wherever one’s reality is focused, it’s best we dive deep and forget. At least for a small sliver of time.

I also love that an assortment of temple are littered amidst the hustle and bustle of simply being alive. Animals of every kind seem to have deciphered the hooting and honking code as they stroll with absolute calm, assured they will reach their destination.

Let’s me not get started on the roads and driving in India. Our taxi drivers could take some hints and tips. Everyone has  intimate knowledge of the other’s Morse code while driving. I learned to relax and close my eyes if I must, after a while. How anyone manages the roads on a Friday and Saturday night is beyond me! All I saw was a sea of lights pass me by, to a dizzying effect.

The ladies astound me most, especially while sitting on those scooters. Those wearing sari’s sat with their feet on the same side. Younger, and I am assuming more ‘single and independent’ women stradled the bike unapologetically, while centered with grace and poise. I even caught one young girl going through her schoolwork while at the back of her mother’s scooter, oblivious to the noise. One would assume she was in a library, so fixed was her mind on the book in front of her.

Strangely enough, even I feel at ease. Yes, the noise is deafening and the cow dung all over the damn show. But goodness, every bite of food felt so wholesome in my bones. The richness, the color and aeroma that teased and taunted, punctuated with the warmth of freshly brewed coffee makes India my favorite place so far.

We strolled into a busy market, the backyard stomping grounds if you will. It was grimy, walls sported colors that once remembered they glimmer. And trinkets of every kind within arm’s reach. The only item I struggled to procure was menthol cigarettes. While in France I became accustomed to the boxes being ransacked with images of impotent men, their wives masking a face filled with disappointment. Yet India has taken it to another level. The images on those cigarette packets were so horrendous, I immediately placed them in my small bronze tin and discarded the packet!

So yeah, everything is going according to schedule for the music video shoot. Wardrobe is sorted and our locations pinned down. Also, we have a kicks ass hair and makeup team. Coupled with an amazing director and production team.

I think it’s fair to say….be surprised by what comes next!