Things I Missed Out On 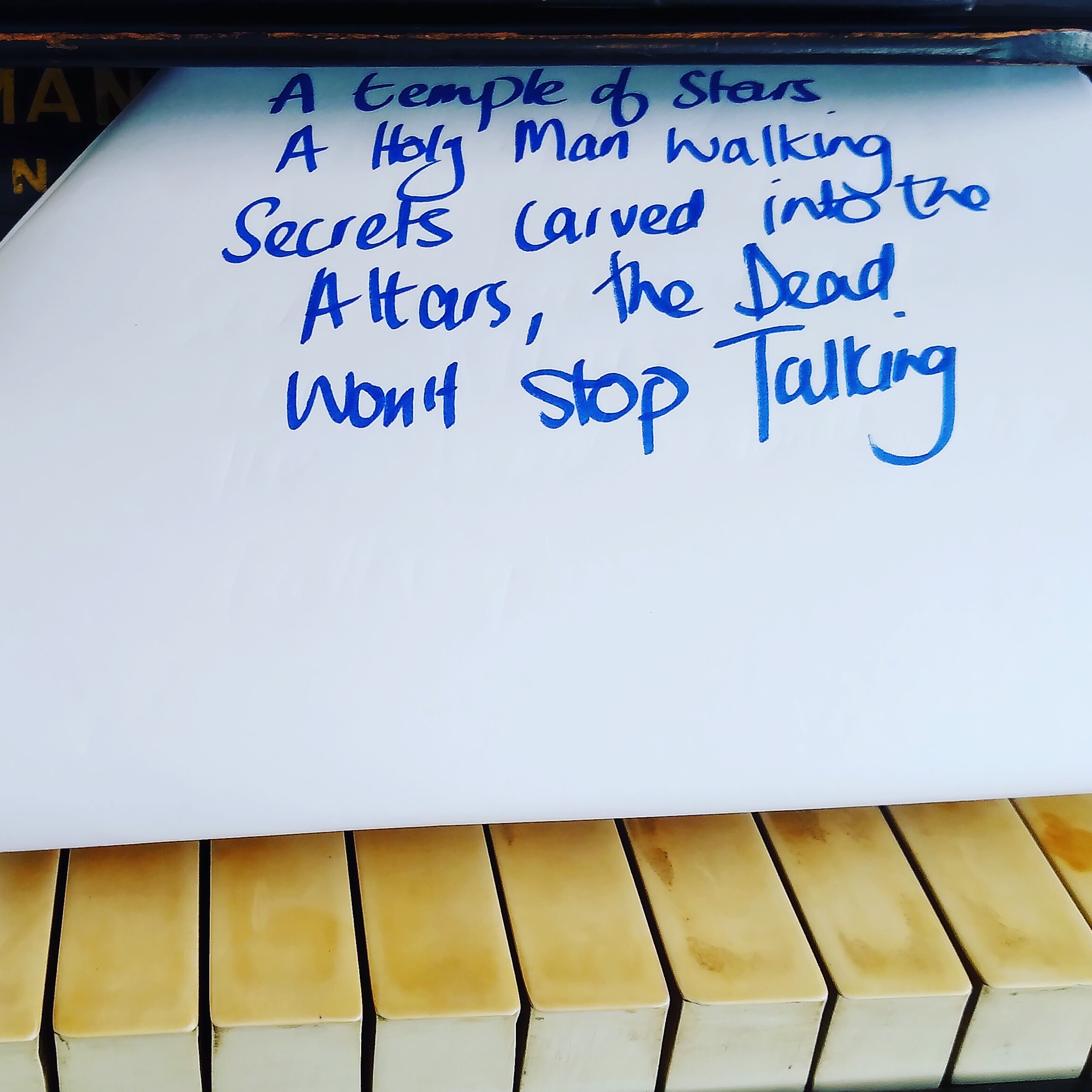 Where do I even start eh? Being a South African, and one deemed as ‘Colored ‘ is…interesting. Look, the fact is that each culture has something magical and unique about it. In Cape Town there is a musical tradition I discovered. A way of singing, playing, the ranks in and outside of the church all musicians travel along.

My band members are all part of that musical legacy. But me?  I am the ultimate outsider.  I was raised by an academic and and a Christian and the academic won in the end, my father that is. So I was kept in the house, away from the ‘rough elements’ and hid behind books my entire life. Hence, I never looked outside of myself for the music. Growing up, my life was so silent that i always had a full blown band going off in my head. Also, my father played negro spirituals and protest music before my Mother got me into classical music.

I only discovered the musical traditions in CT after I got divorced and Noel became one of my best friends. Suddenly the world opened up. I discovered so many new things!  Stories from all the freedom fighters of yore he is still friends with. The academics my father knew who concocted plans for the revolution of South Africa before it became a reality. The dance and theater companies that kept communities together and the artists who managed to leave and come back. And let me not get started on the food! I love Noel for many reasons, but his willingness to allow me to experience his world is at the top of the list! And his food.

In CT we have a dance we call the Langarm. It’s basically ballroom dancing that in CT  we call ‘Jazz’. At these dances, people bring their own food and alcohol while a live band performs.  It is hella fun man! I never get on the dancefloor of course. Me and my two left feet stay put. This dance requires coordination….which I dont have.

Anyhoo, this is what I love about the weird twists and turns my life takes. I end up going to a small bar in our town. A bar usually filled with older white people who love playing bad Afrikaans music (loudly) and the Summer of 69, which is a song I hate passionately. Usually, brawls occur and the police are called. Did I mention this one incident where I met up with an old friend I have not seen him in ages when from the corner I hear, ‘Does your wife know where you are?’ My friend was older and white and well, I am not. That mad was leering at me the entire night and later the cops were called and he thrown out. That is what one sometimes encounters in small towns. Outdated beliefs and biases are always on tap. Nice and cold after a hit day, just what one needs eh…

However, last night I saw the most amazing sight. A couple, obviously of color who know this dance called Jazz, took to the floor. It was a bladdy spectacle! He jazzed….but added his own elements of tango to it. Saying he transformed into a passionate lover fighting a bull at times was an understatement. He hurled her around that floor, at times was on his knees, still dancing. One dance move even incorporated some dance hall moves. Hell, he even threw in the ultimate dirty dancing move!  And caught her as Patrick did Baby in the movie.

Everyone in the bar raved and applauded.  We would never have seen this in CT. And if we did professional money would have bee awarded. It was the highlight of my night.

That kinda dancing in a small dodgy bar in a small town. It made me miss Cape Town and my friends. But hey…I am off in a few days. Time for a break and new energy.

Here’s  a small bad clip of what happens at these langarm  dances. Now, picture the hall being packed, some strange uncle showing off his Michael Jackson moves and me sitting in a corner taking notes. Oh and the music? Always cover music being played.