Music of The Ghosts 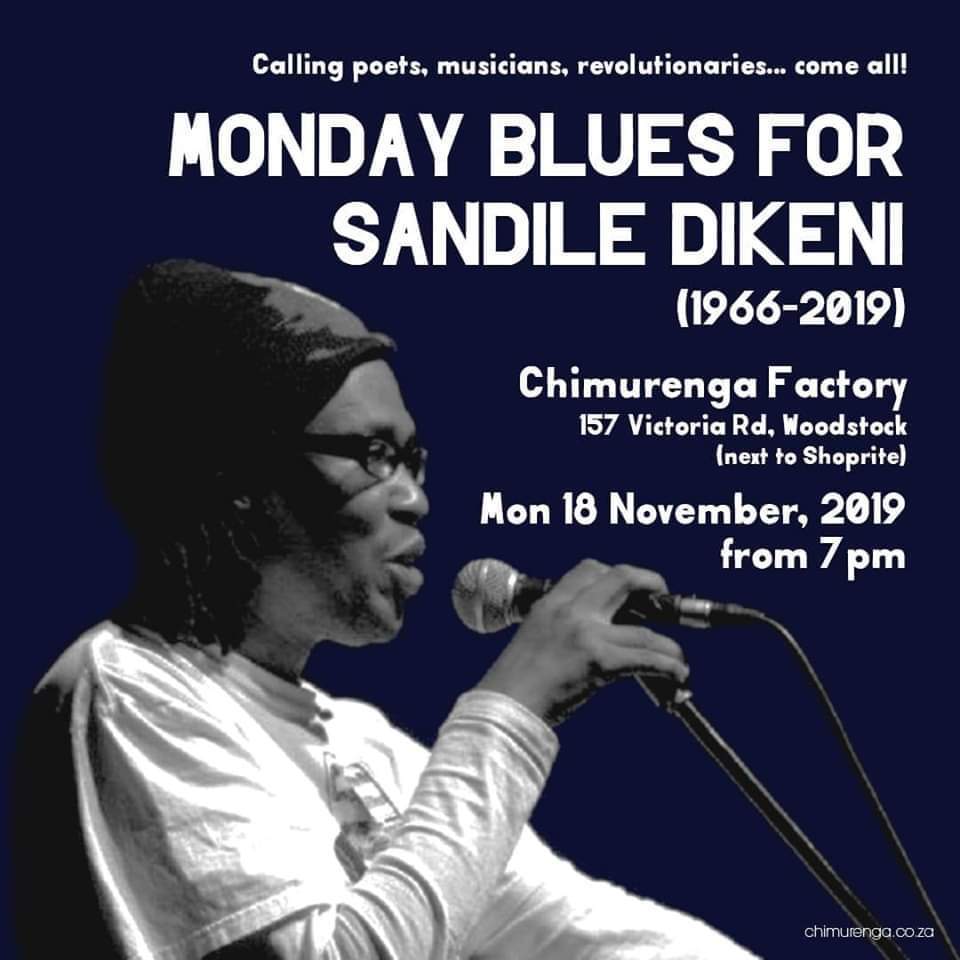 There is so much I do not know about our country, its struggles, its histories and joys. As a musician, I know very few of the struggle songs, the music that fuelled the struggle, the revolution. My father was shocked while listening to me being interviewed on radio when the talk show host asked me a few questions on that topic. ‘How could I know their music when you never sang or played them to me?’ I asked equally outraged.

I was surrounded by the sounds of the radio, or classical music and the lone voices of a South American folk singer accompanied by a guitarist, their voices demanding change. I was too small to know what change they wanted or why my father played it so often. Besides, my childhood belonged to the American blues. The negro spirituals that moved me more than the missing struggle songs that blossomed so close to me. It was the pounding of feet, of hands and voices filled with such deep emotion that awoke something in me. And when I heard jazz from that era for the first time, I knew I found home. That’s where my voice belongs I thought…

Now that I am older the songs and the histories behind the struggle music and poets is what I long to know more of. It’s those stories I know I am going in search of. This was echoed by a remembrance ceremony of one of our struggle poets named Sandile Dikeni. And I did not know anything about him until last night. My best friend recalled a time, when our country was new to democracy when Sandile had no choice but to recite one beloved poem night after night at a club.

We listened to a 17 minute podcast where he spoke of his history and recited some of his poem. He died in a shack in a township of Tuberculosis. The same man whose voice barrelled through the hearts and minds of thousands during the height of apartheid. He shared a moment when he was called on by the disbanded ANC party to recite it at a rally. Nothing he said could have prepared him for the moment when he heard thousands reciting it with him. The closets he came to losing his mind was when the paper he wrote his poems on were torn to shreds by the apartheid police. That moment, must have been one of absolute triumph I thought, sharing his poems with a newly freed country. His poem Guava Juice, being the most popular. Guava juice being a euphemism for a petrol bomb.

I do wonder, at times, if any of what we do and who we are has meaning, I won’t lie. In my darker moments I think of our land, the loss we collectively endured and the many voices shouting, howling for freedom . Are we heard? Are we seen? I think of my own struggles in this regard, the daily worries I too sit with and wonder…does this, any of it matter?

Then I recall the faces of those he left behind. The shame, the guilt and above all the love, the admiration and the strength Sandile  showed others. Even as he struggled after his accident that brought his creative life to a slow and painful halt. He mattered. His life, his words, his belief…

I have lofty dreams of taking his words and setting them alight with music. Or finding the words of other poets like him, who have struggled and lost more than I could ever endure. Those are my dreams. More than having a bigger platform where my voice is heard by thousands. Look, that would be great also. Yet, the idea of creating music where untold stories and people who articulated the hopes, the anger, the pride and joy of a Nation when we were forced to be silent…that is what moves me.

I won’t ask the gods how, or where anymore. Fate, and perhaps I am being dramatic, has lead me here, to this small realisation. Whether I was influenced by my activist father, my beloved Ben Harper, my peers, people I admire in the activist field or seemingly insignificant events….it all brought me to this place.

That’s the music I want to share and create. That’s a bit of what I hope to leave behind. I know I am heard and I know I will be called. That’s enough for now.