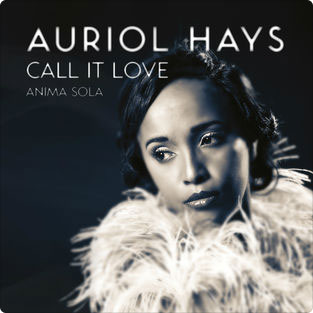 “I told you…you can trust me” A man should never utter those words and expect me to believe him. If this sounds like the start of a bitter sweet song, you would be mistaken. Those words were uttered after the screening of Anima Sola, a movie directed by French Michel (also known as Michel Dujardin). He used a great deal of my music in his film. For a while I was convinced he knew no other musicians and therefore had no other choice but to use what was on hand!

Over the last 2 years I have heard the strangest things. “You should try your best not to rely on people” someone in the entertainment industry once said. Now I can firmly say, “Crap, crap, crap!” I am a cautious, cynical Scorpio but somehow, when I wasn’t paying attention and probably writing a song, a completely outlandish, totally unexpected thing happened. I learnt to trust myself…

“Everyone is your mirror” a teacher once told me. I hate that saying because I know it to be true. If I am distrustful of others it is not because they are inherently untrustworthy. More than anything it reflects how little faith and trust I have in myself. People like to think that the music industry is governed by the law “It’s not what you do but who you know” Again I have only two word to say “Crap man!” At every blind corner in my career, where I had no idea what I should do or where to turn to, serendipity stepped in and gifted me with something extraordinary. People. Not only were they willing to help me, they believed in my voice, my vision. It was always a perfect fit.

Strange as this may sound (or cocky depending on where you stand) I do believe that I will keep ‘running’ into people. Not because I am that talented or connected or rich or even pretty…but because I trust myself to know that music is my calling. And last night I was lucky enough to be surrounded by like minded people who, young as they seemed, trusted themselves as much as I learnt too..